Don’t Give Up On Your Dreams

I once heard someone say “Don’t give up on your dreams…unless your dreams are really, really stupid.” That may make you laugh but I have found that there are times when you have a dream in your heart that is SO BIG that you 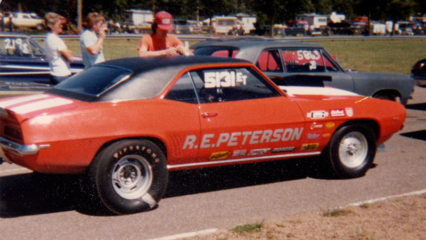 HAVE to act on it. However, beware of the “dream crushers”.

Case in point, back in the ‘80s I had a creative idea to build a miniature “practice tree” for drag racers. If you don’t know anything about drag racing, there is a starting tree, which is a stand of light bulbs that flash down at half second intervals. Three yellows then a green. The idea is to launch your car as close as you can to the green without starting too soon, in which case you will get a red light and be disqualified.

Here’s an example video, the guy in this video was right on the mark launching his car from the starting line.  He cut that start as close to the green as you possibly can. Click on this video below, while you are at it, crank up the volume, go full screen and and go along for the ride. (Listen to this guy shift to second gear while the front wheels are 4 feet off the ground!) You will see the “tree” in the background on the left of the car. Watch for the 3 yellow lights, then the green.

So enough background on drag racing, lets flash back to the 80s. I had an idea to create a practice tree to help drivers get consistent reaction times (Launching your car as close as possible to the green light, without tripping the red light) I did not have a clue about how to create something like this so I went to an electrical engineer that I was working with and pitched my idea.

But that idea kept rolling around in my heart; it was bugging me! Then finally, two years later, I went to a different electrical engineer and pitched the same idea. The response, “WOW! Great idea! Let’s make a mock up I will show you how to do it.” What a difference! My idea went from dream crusher to dream builder.

Over the course of the next 3 months I drew up a complete 3 page schematic and purchased parts from Radio Shack (Yes! Radio Shack) and designed the first working prototype. It worked GREAT! However, the week I finished my prototype a company called PortaTree released the first practice tree reaction timer to the market place. Two weeks later another company released their version of a practice tree. I was two years too late because I bought the lie of a dream crusher. Today both of those companies are multi-million dollar companies. Can you say ouch?

I remember the time I had the opportunity to talk to Carman of Carman Ministries back stage at one of his concerts. He suddenly looked at me and said something by the Spirit that I will never forget, “Sometimes you are waiting for the limo to come by and pick you up and take you to the dream in your heart, but the only thing that comes by is a beat up pickup truck. Take the pickup truck! The limo is on the way.”

Follow the dream in your heart!
Your limo is on its way.

Feel free to tell us what kind of services you’re looking for & our experts will send you a customized FREE Quote within 24-Hours.