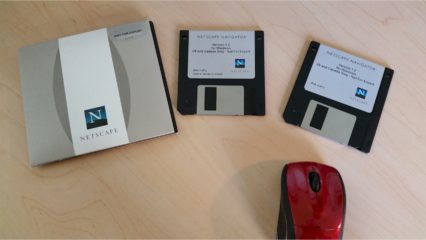 22 years ago I started out on an adventure. 1994 was the dawn of the Internet, Websites were grey pages with black text, no graphics, no photos how exciting!

Then the Netscape Web Browser arrived on the scene November 1994 (see photo) just as I launched out as a “Web Developer”. No one even knew what a “Web Developer” was! I pressed on winning an award for one of the first Youth Ministries to even have a Website. People came from all of the world to visit that youth ministry!

Later on, in 1999 I incorporated as 7Trillion Corporation. My thought was “I need a name people will remember!” Everyone was talking Billions! Bless God! I’m going a step up! Trillions! And 7Trillion just sounds cool!

Now our national debt is well over twice that of 7 Trillion!

So… How much is a Trillion? Well if you spent $1 million every day since Jesus was born, you would have not yet spent $1 trillion. You would have only reached about $700 billion!

Feel free to tell us what kind of services you’re looking for & our experts will send you a customized FREE Quote within 24-Hours.